Although 10 years ago, most of the vigorous car-building movements that had been launched in China ended in failure, it did not seem to affect the impulse of domestic enterprises to build cars across borders. Now, the second wave of enthusiasm has surged, targeting new energy sources. Cars and smart cars. 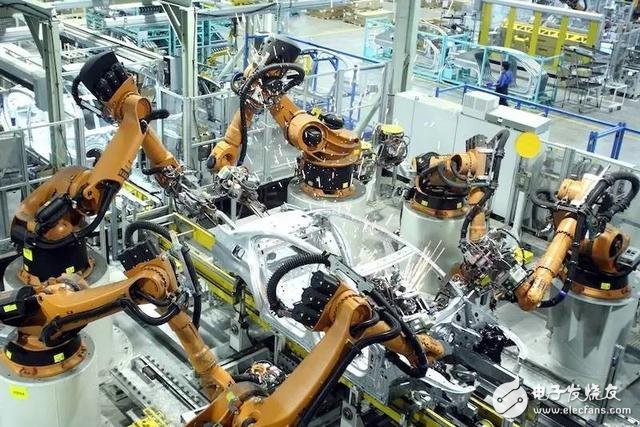 The reporter of "Daily Economic News" found that there are roughly five types of enterprises currently planning to build cross-border vehicles:

The first category is the parts or design companies in the traditional car enterprise industry chain, such as the well-being mentioned above, such as Wanxiang Group (previously, the National Development and Reform Commission approved the annual production of 50,000 extended-program pure electric passenger car projects. The second category is that Internet companies or people with Internet backgrounds rely on capital investment, such as Tencent, LeTV, Weilai, and even ZTE; the third category is the traditional car companies to start a new stove; the fourth category is Gree, The manufacturing company represented by Foxconn; the fifth category is a new energy enterprise represented by Hanergy.

Guo Kaihua partner Guo Kai told reporters that there are so many new car forces, mainly because the technical threshold of electric vehicles is much lower than that of fuel vehicles. In the future, not only manufacturing, but also electronic technology, rental services, etc., the future car can be standardization and modularization of the power system, personalization of the vehicle configuration, network connection, just like the intelligentization of mobile phones, and similar to ZTE. Enterprises have advantages in electronics and intelligence, which are not available in traditional auto companies.

"In the future, these enterprises will certainly not be successful, but the transformation of traditional car companies is equally difficult. It is more certain that the autos will be more and more speculative, and some enterprises will close down." Guo Kai believes.

Guo Kai said that it is expected that half of the traditional auto companies will close down by 2030. Because the profit is already very thin, if it can't break through in the transformation of electric vehicles and services, it will soon be unable to hold back.

However, a former large-scale auto executive believes that China's commercial vehicles have lower barriers to entry and are easier to do. In his view, although the electric car is lower than the traditional car research and development threshold, but the end of the car machinery part is not a cross-border enterprise can master, a good car is not as simple as assembling a mobile phone, "can let them do new Try the energy passenger car."

The industry believes that Gree and Foxconn want to build a car because they have developed to the extreme in their respective fields, only diversified. Among the many choices of diversification, cars that are at the intersection of smart intersections are undoubtedly the most attractive choice.

The above-mentioned former auto executives reminded that the threshold for building a car is obviously not low. From raw materials to processing technology, from ergonomics to body layout, from safety and comfort to handling performance, the car has extremely demanding requirements. Many cross-border car companies are accustomed to "short and fast", but the special requirements for safety and performance of cars have decided to build a certain amount of car, which may bury certain contradictions and crises.

In the eyes of many industry insiders, the biggest challenge for cross-border car companies is that the â€œdiversificationâ€ challenge is truly diversified, requiring huge financial support and time accumulation, while the â€œdiversificationâ€ of traditional car companies is based on specialization. Diversified on the basis of existing technologies and production systems.

Fu Yuwu, chairman of the China Automotive Engineering Society, publicly stated that in the future, no one will subvert the car, and the car products are transforming into electric, intelligent and lightweight. Cross-border car companies and traditional car companies need to play their respective advantages. win.

In front of cross-border car companies, in addition to solving the financial problems, it is necessary to seize the time and come up with a model that can meet the needs of consumers. Although in June this year, SAIC Group teamed up with Alibaba Group to launch the first Internet SUV, the first batch of products still listed are fuel vehicles.