Skip to content
On January 7, 2017, the second new economic think tank conference hosted by the Ali Research Institute was held in Beijing. At the meeting, Xue Yu, Dean of the School of Public Administration of Tsinghua University, delivered a keynote speech titled â€œThe Troubles of Growth â€“ The Challenges Brought by the Fourth Industrial Revolutionâ€.

Xue Wei believes that China now emphasizes that the significance of innovation-driven development is to solve the needs of China's domestic development on the one hand, and on the other hand, we are facing a major opportunity for the fourth industrial revolution. 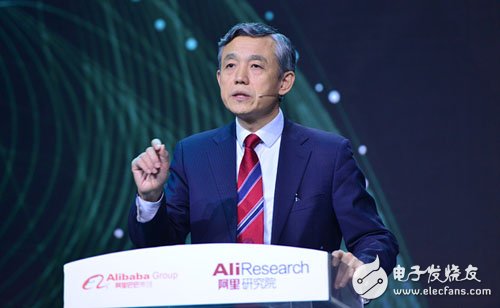 The following is the speech of Xue Yuâ€™s speech:

Hello everyone! The topic I am discussing today is â€œThe troubles of growth â€“ the governance challenges brought about by the fourth industrial revolutionâ€. I think mainly from three aspects, first of all, the relationship between innovation-driven development and the fourth industrial revolution, and secondly, focus on the challenges brought by the emerging science and technology revolution to governance, and finally how to deal with it.

First of all, we all know that China's economy has entered a new normal and faces a series of new challenges. Whether it is the slowdown of economic growth, the pressure of resources and environment, or the gap in social distribution income, it will pose challenges to the future development of our country. It is in such a large environment that the 18th National Congress proposed an innovation-driven development strategy. President Xi talked about deciding a country's social development, and the improvement of labor productivity is the core key. In fact, everyone saw last year's "13th Five-Year Plan" and put forward a series of goals in the field of innovation, including R&D investment, contribution rate of scientific and technological progress, and Internet popularity. All of these are hopes that innovation can provide new impetus to China's economic development and social development.

Some time ago, just after the overall science and technology planning of our country, this year should have 22 national-level special plans during the 13th Five-Year Plan period. The first special plan issued is the special plan for technological innovation. This special plan proposes six major scientific and technological projects and nine major projects. These are all very important foundations for our future industrial revolution and for innovation-driven development.