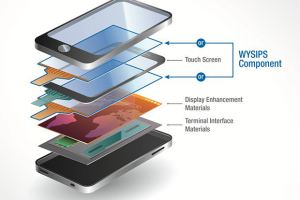 SunPartner, the French new energy group, recently demonstrated its latest product in the US Silicon Valley - a low-cost transparent panel. The product can collect solar energy to charge mobile phones and other mobile devices, extending battery usage time by about 20%. At present, the tablet is being tested by some manufacturers.

New Energy Group SunPartner is located in Aix-en-Provence, France and was established in 2008. One of its main businesses is the photovoltaic surface. The company stated that, unlike traditional solar cells, the solar charging technology charges the front of the screen, collecting solar energy, and delivering it to the mobile phone. The model integrating this technology is expected to enter the market in 2014.

The solar cell module is mounted on or under the touch screen and is 300 microns thick. The Institute of Electrical and Electronics Engineers (IEEE)'s spectrum analysis report stated that the battery module uses standard thin-film solar cells with alternating transparent films and then adds a tiny layer of lenses to make opaque streaks disappear and let the sun shine. Focus, form and spread the image on the screen.

Many manufacturers have expressed interest in the product. Obviously, this is a positive solution that can transform the surface of electronic products into a solar energy product.