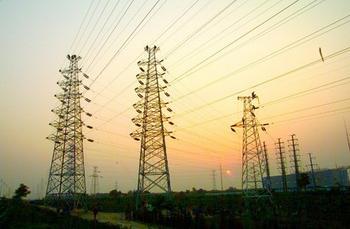 Eliminating S7 and S8 high-energy-consuming transformers and replacing it with low-loss series transformers of S11 and above is an ongoing work of the State Grid Zhejiang Electric Power Company in recent years. This work has been accelerated since the pilot energy-saving service model of â€œgovernment and enterprise cooperation and promoting energy savingâ€ was piloted in Ningbo last year. From January to April this year alone, the company added 37,600 kV of new grid reactive power compensation equipment.

In recent years, State Grid Zhejiang Electric Power has continuously strengthened its management of energy conservation and emission reduction. In addition to accelerating the phase-out of high-energy-consuming transformers, it has continued to carry out major technical and technological changes for lines and distributions within the company, carried out main network reconstruction and expansion projects, applied energy-saving fittings, and implemented The line diversion project and the improvement of the line power supply capacity project will effectively reduce the loss of the distribution network. In 2012 alone, it achieved a saving of 345.05 GWh. The company also strengthens research on energy-saving technologies, promotes technologies such as micro-oil ignition, and promotes energy-saving and emission reduction in production operations. From January to April of this year, the power generation and operation of the State Grid Zhejiang Electric Power Company cumulatively reduced sulfur dioxide by 2,169,900 tons. Among them, the promotion of the transfer of power generation rights instead of electricity generation is equivalent to saving 124,000 tons of standard coal.

Socket With LED Lamp is TOUKOO patent product. Assembling power extension, USB charger and lighting in one item which is easier for your daily needs.

Besides the ten lamp model, customized design is welcomed as well. Color can also be customized, giving you diversified choices.

Fireproof ABS Plastic, PVC copper cable, Use standard plug. Easy and safe to use for elderly and children.