"Media" (åª’ä½“) or "media" means the carrier of information, that is, all forms and material tools that carry and transmit information from the communicator to the recipient during the dissemination of information. Although starting from this concept, the media function of the building skin has existed since the beginning of architectural history. It displays and conveys specific information in the form of plane graphics or three-dimensional sculpture. However, when information dissemination transcends traditional media, digital media such as the Internet and computers spread at an unprecedented rate, covering all areas of our lives, bringing a new generation of visual media art revival. Buildings, as the "container" and living machine of people's living and living, are inevitably influenced by the trend and become a member of digital media art. In recent years, as a building skin that is gradually independent of building functions and building structures, it has increasingly assumed the function of media, penetrated into various symbols and information, and has strong post-media characteristics, such as digital, two-way communication, and openness. Sex. â€œMedia Facadeâ€ refers to a building skin based on contemporary digital technology that conveys visual information and has distinct digital media characteristics.

There are two main types of technical means to achieve media faÃ§ade. One is to use physical components to form information images, and to realize the change of faÃ§ade shape through physical or environmental influences, such as FLARE-FACADE in Germany or Winterthur in Switzerland. TechnoramaSwiss Science Center. 1 The other type is the technical means of constructing visual signals and transmitting information by artificial light to realize the media skin, namely the "media facade lighting technology" discussed in this paper.

Compared to physical or static or dynamic media facades, media facade lighting technology creates a new way of connecting between the architectural interface and the digital space through digital lighting. First, media lighting technology uses a dimmable light source to change its brightness, color and other factors to create a changing and coherent image that conveys continuously variable visual information. Second, through digital control technology, media facade lighting technology will be realistic The world is connected to the digital world, transforming the building skin into a media interface. This media interface is different from the personal computer used by individual users. It has an unprecedented openness to the public and even the entire urban population. In addition, it provides the possibility of interaction, allowing people to â€œrespondâ€ to information, even by The public crowd completes the content and form of the faÃ§ade media, which has the characteristics of two-way or even multi-directional communication compared with the traditional building skin.

In order to realize continuously changeable visual information images, the light source used for media illumination must be a light source that can be dimmed or frequently switched. The available light sources are halogen lamps, fluorescent lamps, and LEDs. Although the halogen lamp is convenient for dimming, it can be instantly lit, allowing frequent switching, but its energy consumption is high and its service life is short, which is often used in some temporary projects. The fluorescent lamp can also be changed in brightness by the dimmable electronic ballast. If color change is required, a plurality of light sources of different colors need to be set to be mixed. Compared with halogen lamps and fluorescent lamps, the LED light source is small in size, thus providing more design possibilities, and a single LED can be used as a very small pixel to achieve high-precision images. It can also be combined with a concrete node design. The surface material realizes low-pixel image; its color change is rich, RGB LED (one LED is composed of red, green and blue chips) can realize full color change of single LED, or can be red, green and blue respectively. The color LEDs are mixed and discolored, so the media faÃ§ade with LED illumination can not only express through the light and dark relationship, but also display richer image information through color; in addition, the compact size also makes the LED lighting fixtures better and The combination of building components enables a high degree of architectural design. In terms of control, the media faÃ§ade of LED lighting can realize the graphical export control mode, that is, the lighting interpretation of the actual media faÃ§ade is synchronized with the graphic playing of the control platform through the control system. It can realize the brightness control of each LED luminaire, and solve the problem of brightness difference between new and old lamps; its energy consumption is small, especially as a pixel for direct viewing. LEDs are mostly used as low-power chips, and the power of single chip is less than 1W, even if the number is large, the lighting energy consumption can be greatly reduced compared with the traditional floodlighting.

The many characteristics of LED make it have obvious technical advantages and adaptability in media faÃ§ade lighting, so it has become the first choice for media faÃ§ade lighting and is being used more and more. It can even be said that the rapid development of LED lighting technology has promoted the widespread application of media facades to some extent.

How many pixels do you need to construct a media facade? Maybe there is no standard answer at all. It can be 900 pixels in the KPN building in Rotterdam, 180,000 pixels in the UNIQA building in Austria, or 1 million pixels in the Grand Lisboa building in Macau. (Figure 1 ~ Figure 3) Although higher resolution means more clarity and more detail, high pixels are not necessarily required. The higher resolution and investment of the GrandLisboa building clearly does not surpass the UNIQA building in terms of artistic effects. Only 900 pixels of KPN building through the clever layout of multimedia designers and network open interactive design, also formed a rich and interesting performance on the building's welcoming facade, graphics, text, animation, computer games, etc. Wait, become a fascinating urban landscape. The media facade is different from the electronic display screen, and the resolution is not the decisive factor of the artistic effect of the media facade. The number and density of pixels should be reasonably selected according to the specific architectural characteristics and viewing requirements. 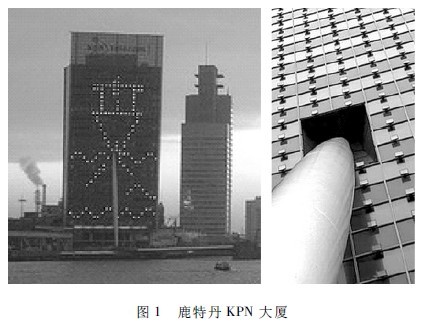 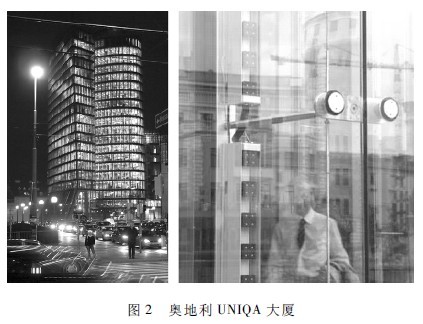 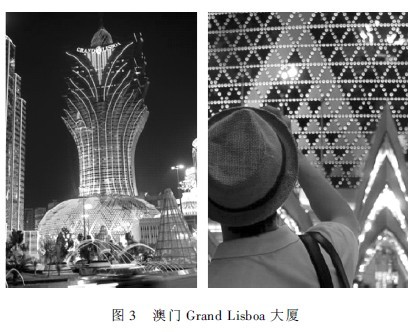 The pixel may be formed as an independently controlled light source or as a surface carrying light. Therefore, the size of the pixel varies greatly, from one window of 1, 2 square meters to one LED of 1, 2 square millimeters. Since the media content is composed of a single pixel, the size of the pixel directly affects the image composition of the media facade and the viewer's acquisition of the media information. Generally, a large pixel point corresponds to a lower resolution, and the observer is also required to view from a distant distance in order to connect the isolated pixel points and feel the overall image.

If the pixel points of the media facade are directly composed of a single lighting fixture, the LED can achieve the smallest pixel size, but correspondingly obtaining the same size of the media facade, more LEDs are needed, and the cost is higher. Therefore, it can be considered to use the building member as a light-bearing surface, such as a sunshade on a window, a sunshade member, or even a special faÃ§ade plate, and can also achieve half the effect. Such as the triangular visor of the Richard Desmond Children's Eye Centre in London, the coated glass disc at the Galleria Mall in Seoul, the glazed glass at the Kaohsiung Da Li Boutique, or the facade metal of New World Trade in New York. The net uses the building's own components combined with the lighting design to form unique pixel points, and the entire media facade form also has more distinct personality characteristics. (Figure 4 ~ Figure 7) 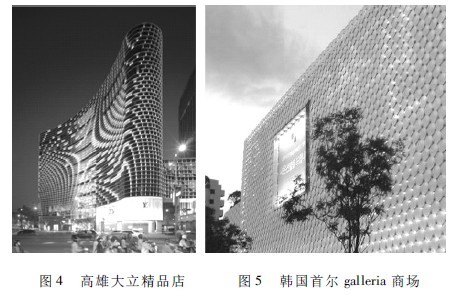 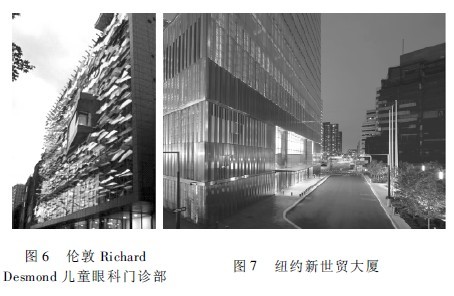 Of the various artificial light sources, only the LEDs are visible under direct sunlight. Therefore, if the media facade needs to be performed during the day, it should consider the use of direct-view LEDs. However, too high brightness may adversely affect the surrounding environment and traffic at night, but it is necessary to appropriately lower the brightness of the LED according to the situation. Especially in the near-human scale, too high brightness can even cause disability glare. If some special materials are used for shielding in front of the light, the surface brightness can be appropriately reduced, and even a partial light mixing effect can be produced. For example, Chicago's Millennium Park Crown Fountain, the glass brick wall in front of the display softens the surface brightness of the LED particles, making people feel too much at night even at very close distances. Stinging. (Figure 8) 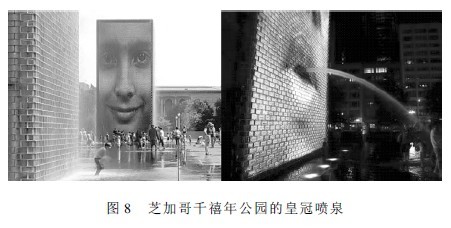 The choice of brightness of the pixels on the media facade is a complicated problem, considering the brightness level of the surrounding environment and the viewing distance of the people. In addition, the size of the media facade and the density of the pixels will be The final visual experience has an impact. Therefore, field testing and commissioning during installation are necessary.