As audio integrated circuits shift to finer process standards, it becomes more difficult to design high-performance analog circuits on the same high-density digital circuit silicon, and the cost-effectiveness of integration decreases. Therefore, the audio system architect is pushing the analog part of the audio signal chain further to the output and input, and connecting each other digitally.

As shown in Figure 1, traditional audio signal chains include microphones, preamplifiers, analog-to-digital converters (ADC), digital-to-analog converters (DAC), output amplifiers, and speakers, which use analog signal connections . However, as analog circuits are pushed to the edge of the signal chain, more digital interfaces will appear between the integrated circuits in the signal chain. DSP is usually a digital connection, and transducers and amplifiers generally only have analog interfaces, but now they are also including the functions of digital interfaces.

At present, integrated circuit designers are integrating the ADC, DAC and modulator in the transducer to the other end of the signal chain, so that there is no need to place any analog audio signals on the printed circuit board (PCB) and reduce the signal chain The number of devices in Figure 2 shows an example of a complete digital audio signal chain.

There are many standards for digital audio data transmission. Many formats can be used to achieve communication between ICs on the same PCB, such as I2S (Inter-IC Audio), TDM (Time Division Multiplexing), and PDM (Pulse Time Division Multiplexing) formats. Other audio formats are mainly for data connection between different printed circuit boards through cables, such as S / PDIF and Ethernet AVB.

This article focuses on the differences, advantages, and disadvantages of digital audio formats between ICs. If you select an audio component that does not match the digital interface, it will unnecessarily complicate the system design. Selecting components after understanding the advantages and disadvantages of different interfaces can help improve component selection efficiency and ensure the most efficient implementation of the signal chain.

Inter-IC audio (12S) is the most common digital audio format used for audio data transmission between integrated circuits. Philips Semiconductors (now NXP Semiconductors) introduced the 12S standard in 1986. The format was revised in 1996. This interface is widely used in the design of CD players for the first time, and it can now be seen in almost any application involving digital audio data conversion between integrated circuits. Most audio ADCs, DACs, DSPs, and sample rate converters, and some microcontrollers have I2S interfaces.

An I2S bus will use three signal lines for data transmission: frame clock, bit clock, and data line. The receiving IC, the transmitting IC, and even a single clock master IC can generate two clocks, depending on the system architecture (Figure 3). Integrated circuits with I2S ports can usually be set to master mode or slave mode. Unless a sample rate converter is used in the designed signal chain, the system usually has a single I2S master device to avoid data synchronization problems.

The names of IC serial data pins are different for different circuit suppliers, and even the names of the products of the same supplier are different. According to a quick survey of audio IC datasheets, SD signals can also be called SDATA, SDIN, SDOUT, DACDAT, ADCDAT, or other variants of these names, depending on whether the data pins are input or output.

The I2S data stream can carry one or two channels of data at a typical bit clock rate. The typical bit clock rate is between 512 kHz (corresponding to a sampling rate of 8 kHz) and 12.288 MHz (a sampling rate of 192 kHz). The length of the data word is usually 16, 24, or 32 bits. For data word lengths less than 32 bits, the frame length is generally 64 bits, and unused bits are driven to a low level by the sending IC.

Some ICs only support interface I2S with a maximum 32-bit or 48-bit clock per stereo audio frame, although this is rare. If this type of IC is used, the system designer must ensure that the device connected to the other end also supports these bit clock rates. 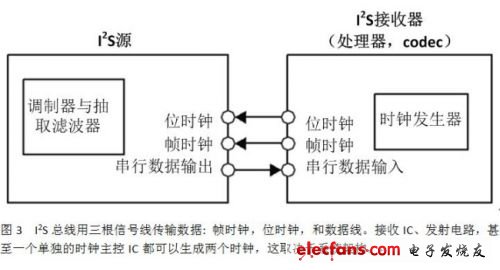 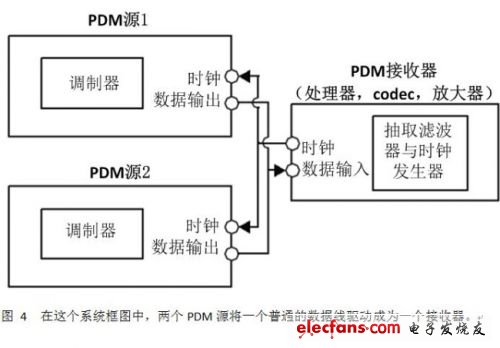 Although I2S is the most commonly used format, there are other variations of the same three-wire structure, such as left-justified, right-justified, and PCM modes. The difference between these formats and I2S is the position of the data word in the frame, the polarity of the clock, or the number of bit clock cycles in each frame.

2, 7/9/10.1 inch monitor has a pixel resolution of 800 x 480 and displayed is a sharp clear digital image. Monitor has 2 Channel Video Input; V1/V2 optional. PAL&NTSC for choose. Monitor automatically turns on and switch to Rear View Camera when reversing.

3, Backup camera Infrared Night (IR) Vision With 10/12/18/28infra-red lights, it will be able to see up to 50ft even in complete darkness. Using  the latest generation of image sensor chip, excellent color effect.

5, System comes completely with a 66'(20 Meters) cable with aircraft grade connections and all components necessary for installation.