Conventional liquid capacitors have defects such as poor temperature characteristics, poor electrical conductivity, large impedance, short life, and poor safety. When the temperature exceeds 125 Â° C, the life will be shortened rapidly. Under the extremely low temperature conditions below -40 Â° C, the liquid power supply The activity is reduced, and the electrical performance of the circuit on the circuit is also reduced.

In the view of Liu Yongzhen, the chairman and general manager of Emerald Electronics, liquid capacitors have inherent defects. The temperature range is not wide enough. At very low or very high temperatures, the life is not guaranteed. In harsh environments, the capacitor performance will also be Affected, but relatively low cost, suitable for indoor lighting.

"Currently, electrolytic capacitors will not become short plates of LED lamps in terms of life and temperature, because now is no longer the era of liquid electrolytic capacitors." Mr. Liu Yongwei told the reporter of "High-tech LED" that the solid capacitors are due to the materials inside. It can greatly improve the temperature range. For example, the high-voltage solid-state capacitors designed by Emerald Electronics can work very well between -55Â° and 100Â° to meet the harsh environment requirements of outdoor lighting.

Recently, at the 2015 Guangzhou International Lighting Exhibition, Emerald Electronics held a new product launch conference and reviewed the development of the company together with the guests. When talking about the launch of the Emerald Electronics New Third Board, Liu Yongwei said: "The Emerald team wants to be a healthy company. Because it is healthy for a long time. To be a healthy company, it is best to follow the rules of the game. What rules of the game? The healthiest? Of course, this is a listed company, and it will naturally guide you.â€ He lamented that the significance of the New Third Board for the company is to achieve company standardization, which is the best way for enterprises to develop for a long time and build a century-old brand. 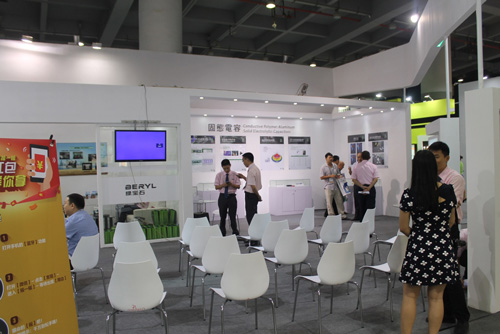 It is understood that Emerald Electronics is a manufacturer of electrolytic capacitor research, manufacturing and sales. It specializes in R&D, production and sales of aluminum electrolytic capacitors for LED lamps (including RC, RD, TD, HE, HD, HY, HW, JE, etc.). ). The company's products are exported to overseas countries, such as Japan, Europe, the United States, Southeast Asia and other countries and regions, and its products are the only capacitors in China that can completely replace imported products.

For the future development direction of the industry, Liu Yongwei said that LED drive power supplies must meet the requirements of high reliability and long life. The direct requirements for electronic components are: electronic components with high temperature resistance, long life, high frequency and low impedance, excellent temperature characteristics. And a smaller volume. Solid-state capacitors rely on solid conductive polymers as electrolytes. The conductive mechanism relies on electrons for conduction, superior conductivity, superior overall performance, and no electrolyte leakage, which protects other components of the circuit. Therefore, only the use of solid capacitors can completely solve the impact of electrolytic capacitors on the LED drive power and LED lamp life and characteristics. â€œIn 2010, Emerald began research and development of a new generation of conductive polymer solid capacitors. In the past few years, new solid capacitors have grown rapidly. Liu Yongzhen said that in the future, solid capacitors will gradually replace liquid capacitors.â€