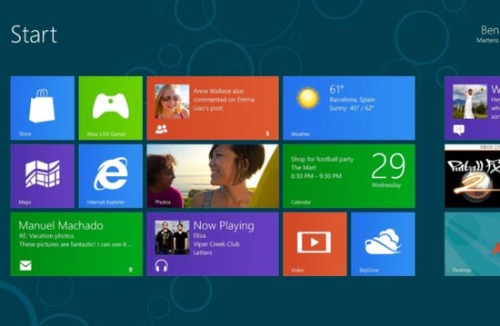 March 20 news, according to foreign media reports, Microsoft will complete the development of the Windows 8 operating system this summer, or will be released in October this year, the new flagship operating system.

According to informed sources, no more than five devices will be used to operate the ARM system's on-chip architecture. As a result, Microsoft's tablet devices will become thinner. Microsoft hopes to take advantage of this advantage to enter the tablet market piloted by the Apple iPad, and Apple has said that since the company released the third-generation iPad on March 7, the latest iPad has reached 3 million units.

Microsoftâ€™s announcement of Windows 8 in October was basically in line with what analysts expected. Foreign media pointed out that Microsoft may disclose details of its release schedule in early April.

Foreign media also reported that on the occasion of the release of Windows 8, computers running x86 architecture will break through 40 models.